Should You Hire a Contracts Dispute Lawyer? 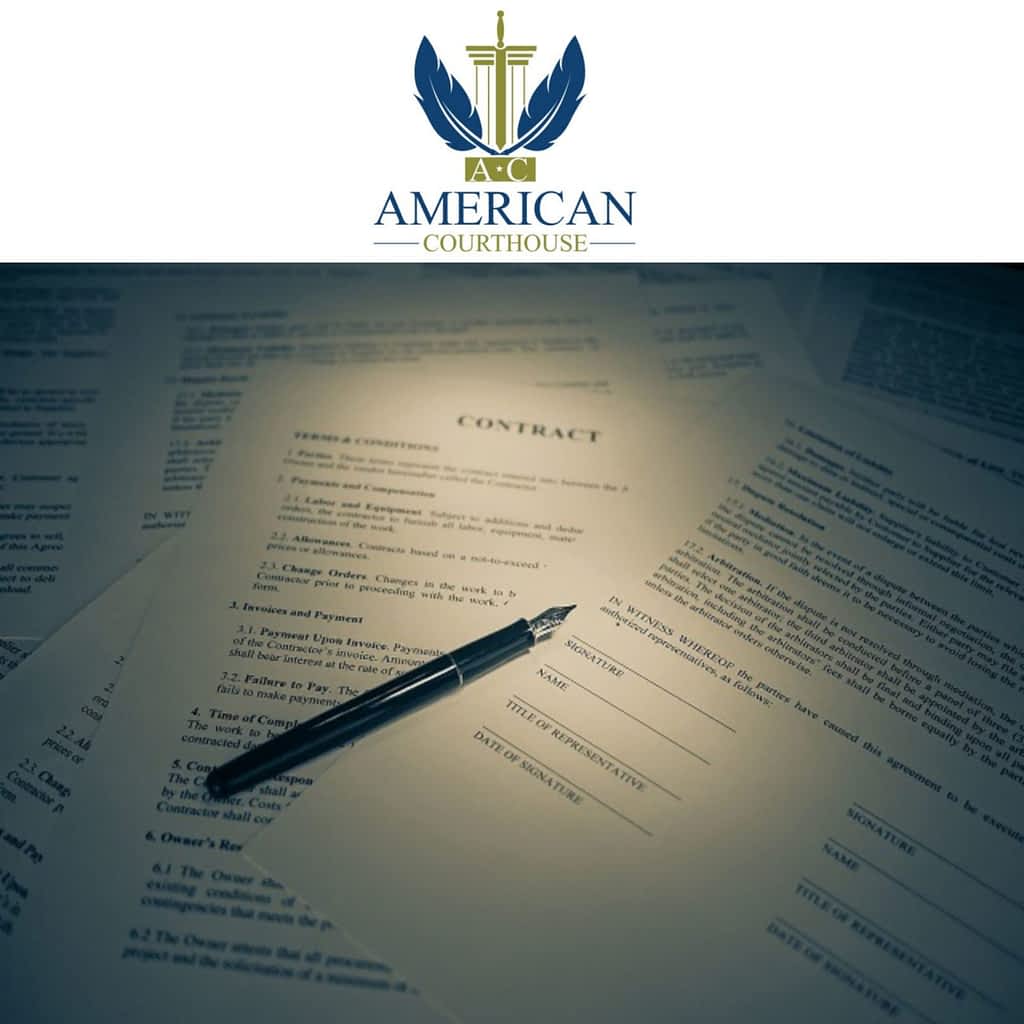 Businesses run on relationships. Legal contracts give these relationships the official form and structure it needs to remain valid in the long run. A contract not only binds two businesses legally but also the units within the business. It defines the nature of the relationship between a company and its employees, its suppliers, business partners, investors, customers, landowners, and many other similar stakeholders. A contract is the only valid legal document that defines what obligations one party has towards another, what liabilities both the parties need to keep in mind while working, and much more. All these make a contract an extremely important document for a business. Every sentence, word, and punctuation matters in a legal contract.

A minor mistake or misplaced word, punctuation, or a wrongly quoted number in the contract can have grave consequences for a company. There is no reason to believe that such cases happen in isolation or are rare. On the contrary, disputes in contracts are among the most common reasons why even a large number of small companies have to face litigation each year. According to the latest numbers available, 36% to 53% of small-sized companies get entangled in litigations at least once a year.

The article covers the following topics:

#2. What’s the Role of a Contracts Dispute Lawyer?

How and What Disputes Arise in a Contract?

There are several reasons why disputes may arise in a contract. Based on the intensity of these breaches, contract disputes may fall under two categories: a material breach and a minor breach.

It is evident by now that a correctly drafted contract is immensely vital for any business to safeguard it from possible breaches and damages caused thereof. Indeed, the risk of getting involved in future litigations is hard to eliminate. But having a contract disputes lawyer who knows the tenets of the contract law well is vital for minimizing the risk of litigations and the risk of potential financial damages that a wrongfully executed contract may cause.

The Role and Responsibilities of a Contracts Dispute Lawyer

An attorney plays a vital role in all three phases of a contract’s life-cycle: drafting, reviewing, and negotiating.

A Contract Disputes Lawyer’s Role in Drafting a Contract

An experienced lawyer makes sure that the contract is legally valid and binding upon both the parties involved. The attorney ensures that the contract has all three relevant parts clearly and distinguishably present in the agreement, in writing. These three relevant parts include making an offer and giving the scope for either accepting it readily in the form it’s asking for reconsiderations. The lawyer makes sure that the draft does not keep things open for interpretation, which may lead to future misunderstandings and litigations. It is incumbent upon the lawyer to understand the subjective intent of the parties going into the agreement. They then write it in such terms that the intent is objectively expressed. It is also upon the lawyer to include the relevant legal provisions into the contract of which non-legal entities would hardly know.

A Contract Disputes Lawyer’s Role in Reviewing a Contract

The experiential knowledge makes it far easier for the lawyers to quickly identify the loopholes in the contract. Going through tons of agreements and contracts in their career equips them to understand what specifics the contract needs. The lawyers provide attention to details. This habit ensures that the contracts are impeccable. The habit of combing through the written documents helps them to identify and rectify possible disputes beforehand. A legal contract comprises loads of legal terms. Even if a layperson understands the meaning of the words used, it is difficult for them to comprehend what these terms imply. The lawyers make it easier for the client by explaining to them what the legal terms mean and what impact they might have on the business’s functioning.

A Contract Disputes Lawyer’s Role in Negotiating a Contract

While negotiating for an agreement, both parties involved show a certain amount of bias to protect their interests. Such haggling often results in a weak contract that does not work well for any of the parties. A contract disputes lawyer brings both parties on the same page and helps conduct the negotiations neutrally and objectively.

It is prudent to consult with a lawyer and have the document reviewed each time you sign a contract on your company’s behalf. This is especially crucial for stock contracts. Stock contracts generally comprise of boilerplate language. The lawyer must help you to adapt these contracts as per your state laws. It is also an intelligent decision to have a lawyer on the negotiation table.

A lawyer on the negotiation table helps to cut a better deal by ensuring that all the required conditions are present in the agreement. The lawyer may also suggest the inclusion of crucial conditions that the business owners would not have considered otherwise. Once the terms and conditions of a contract are final, there is hardly any chance that new solutions or proposals would emerge out of it. Therefore, an experienced contracts dispute lawyer must be present throughout the negotiation.